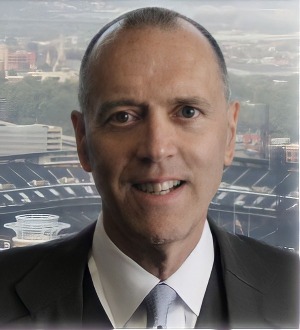 Walter’s litigation work has been primarily in the civil area -- commercial disputes of all types, including trade secrets, real estate agreements, products liability, defamation claims, First Amendment access actions, business and employment contracts, non-competition provisions, wrongful termination suits, and discrimination and harassment cases. He has litigated numerous cases in the state and federal courts throughout the United States, including cases in Pennsylvania, New Jersey, Delaware, Georgia, Florida, California, New York, West Virginia, Ohio, Virginia, Iowa and Alabama. He recently tried two significant jury cases to verdict. Walter has appeared before nearly all the federal courts of appeals, the Supreme Court of the United States, and the Supreme Court of Pennsylvania. Along with his experience litigating throughout the country, Walter also has had considerable practice in the U.S. District Court for the Western District of PA and the Allegheny County Court of Common Pleas.

Walter routinely takes on cases that are highly significant to his clients. The following are examples in just the last few years:

§ Nationally recognized plaintiffs’ law firm, which challenges acquisitions, sought to stop an acquisition by one of Walter’s clients, instead of paying a settlement, the client resisted and Walter filed a motion to dismiss. The Court indicated it would deny a stay of the acquisition and rule on the motion to dismiss and the plaintiff withdrew the challenge.

§ Actions of a leader of a local religious diocese indicated that the endowment of that organization (which was in excess of $20 million in funds) could be the subject of dispute and potential separation from the national church of which the local diocese was a party, Walter brought suit as plaintiff’s counsel on behalf of one of the parishes in the diocese, obtained a consent order protecting the endowment funds and other property, and, despite claims by the group that ultimately did separate, reached the successful result that all the funds remained with those persons who did not leave the national church. A book entitled “The Recent Unpleasantness” was written about this case.

§ Client facing in excess of $20 million in exposure in a product liability death case in Georgia decided to change lead defense counsel three weeks before trial and came to Walter. In a two-week trial, Walter obtained dismissal of one defendant, tried the case to verdict and obtained a verdict awarding only a comparatively minor amount against the remaining defendant, less than one-tenth of the damages sought and less than had been offered in settlement before trial.

§ A company which had acquired a business in a high-tech area was concerned the former head of the company that had been acquired was starting a competing enterprise, Walter filed suit, litigated the issues that included alleged use of confidential information and alleged breach of non-compete contract issues, and the matter was satisfactorily resolved so that the competing business was not started.

§ A client bought a business only to have the seller start a competing business several years later. Walter filed suit claiming, among other things, that the competing business was using technology that it had sold to Walter’s client. After surviving numerous motions to dismiss and discovery, Walter obtained a consent injunction regarding use of certain technology that belonged to the client and a multi-million dollar payment, plus running royalties, to Walter’s client.

§ Walter’s client, a health system, opposed the taking of certain land by a municipality. Walter tried the case to verdict and prevailed.

Walter has built his labor and employment practice around:

§ Representation of employers in connection with, and in negotiation of, collective bargaining agreement negotiations and labor dispute arbitrations.

§ Litigation of employment matters, such as discrimination, harassment, wrongful termination, and suits involving the enforcement of non-competition clauses.

§ Advice and counseling of employers during union representation campaigns, elections, and situations with picketing and strikes.

§ Representation of employers in matters before the National Labor Relations Board.

§ Development of affirmative action plans and counsel during audits by the Office of Federal Contract Compliance Programs for clients who are federal contractors.

Walter has represented not-for-profit institutions for more than thirty years. He served as the General Counsel of Carnegie Mellon University from 1993-2002 and is experienced in all aspects of higher education law. He has since represented numerous other educational institutions and hospitals. Walter has overseen and personally handled:

§ Virtually every legal aspect of governmental research and privately sponsored research, the establishment and development of technology transfer offices, creating templates for licensing and sponsored research agreements, the start-up of spinoff companies, and intellectual property licensing that has resulted in hundreds of millions of dollars for both institutions and inventors.

§ Provision of legal guidance to research institutions developing and operating sponsored research and technology transfer programs, collaborating with industry and other not for profit partners through the formation of research consortia, and creating spin-off companies.

In addition to Carnegie Mellon, representative examples of higher education client engagements include:

§ The design of licensing and research templates for Case Western Reserve University.

§ Advice on the construction of consortia with industry for Harvard University.