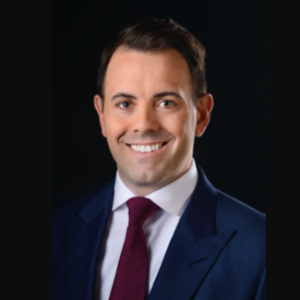 Mr. Mirkovich is a Partner of Campbell & Williams and has been a member of the bar for over ten years. Mr. Mirkovich’s practice is entirely focused on litigating the firm's catastrophic personal injury cases and complex commercial litigation matters from inception, through discovery and depositions, and at trial or binding arbitration. Mr. Mirkovich has served as lead trial counsel in over nine (9) civil trials and numerous arbitrations. Mr. Mirkovich has represented both plaintiffs and defendants in a variety of tort cases and, as counsel for plaintiffs, has achieved numerous results in excess of $1 million.

Mr. Mirkovich holds an AV “Preeminent” ranking, which is the highest rating for legal skill and ethical practices designated by Martindale-Hubbell. Mr. Mirkovich has also been consistently recognized as a "Rising Star" by Super Lawyers and as one of Nevada’s “Legal Elite” Nevada Business Magazine since 2013. Mr. Mirkovich is a longstanding member of the Multi-Million Dollar Advocates Forum and has been recognized as one of the “Top 40 under 40” by the National Trial Lawyers on multiple occasions.

Prior to joining the firm, Mr. Mirkovich worked for Federal Magistrate Judge Peggy Leen in United States District Court for the District of Nevada and later began his practice with a local personal injury law firm where he prevailed in several notable jury trials.