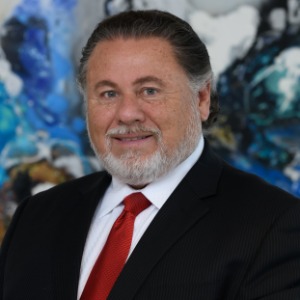 Robert Zarco, Founding Partner of Zarco, Einhorn, Salkowski, & Brito, P.A., has been at the forefront of protecting the legal rights and interests of business clients in the USA and internationally for over 35 years, handling complex commercial trials, legal transactions, disputes and other litigation in Federal and State Courts, as well as Arbitration and Mediation. A very well-known and experienced aggressive and creative Trial Lawyer and negotiator, Zarco is frequently awarded legal industry distinctions including “Lawyer of the Year” in 2020 for Franchise by Best Lawyers of America©, “Top Dealmakers of the Year” for Real Estate by Daily Business Review, Most Effective Real Estate Lawyer in S. Florida, “Legal Eagle” by Franchise Times, “South Florida’s Top Lawyers” by Miami Herald, “Top Attorneys in Florida”, and Florida’s “Super Lawyers” for over 15 years. The Firm is repeatedly listed in U.S. News and World Report among “Best Law Firms” by Best Lawyers of America ©, listed in the Bar Register of Preeminent Lawyers and has an AV Preeminent Rating from Martindale-Hubbell.

Mr. Zarco leads a team of experienced attorneys who have a long track record of helping franchises and other businesses form, manage, grow, restructure, exit, and defend their legal transactions and disputes, including but not limited to disputes in commercial real estate, insurance, intellectual property and trademarks, C- level employment, and so much more. Robert Zarco is especially renowned by the legal world nationwide as a trial lawyer and advocate for franchisees in all aspects of franchise law, and argues for clients nationally in many state and federal courts. He also actively lobbies federal congresspersons and state legislators representing the franchisees’ interests and promoting the enactment of “Fair Franchising” legislation among their other business interests. As a verteran Franchise and Litigation Attorney, Robert Zarco was awarded the Lifetime Achievement Award in Total Quality Franchising by the American Association of Franchisees and Dealers (AAFD). Mr. Zarco is a Fellow of the Litigation Counsel of America, The Trial Lawyers Honorary Society. He also qualifies as a Barrister in the Order of Centurions.

Mr. Zarco travels extensively lecturing and teaching seminars on vital legal business issues and topics to attorneys, business organizations, franchisee associations, franchisors, universities, the American Bar Association (ABA), the International Franchise Association (IFA), the Coalition of Franchisees Association (CFA), the Academy of Florida Trial Lawyers, the Association of Trial Lawyers of America, and many others. Broadly recognized as one of the nation’s top franchise trial lawyers, Robert Zarco has provided professional testimony before various state legislatures including California (“Why Venue Provisions in Franchise Agreements Must be Void as a Matter of Law”), Maryland (“The Way to Bring Fairness to Franchising”), Arizona (“The Necessity of Franchise Legislation”), Connecticut (“The Benefits of Enacting Franchise Legislation”), and New York (“From Litigation to Legislation – Leveling the Playing Field Between Franchisees and Franchisors”). Additionally, Mr. Zarco travels nationwide presenting lectures on topics vital to franchisees and has appeared on radio and television programs, including CNBC “Minding Your Business,” CNBC “How To Succeed In Business,” PBS “Nightly Business Report,” “Your Financial Future with Jonathon Pond,” “The Judy Jarvis Show,” and CBS “Eye To Eye with Connie Chung,” to provide expert commentary on specific franchise cases, and franchising in general. Mr. Zarco has also published articles including “Practical Aspects of Franchisee Representation; Alternative Dispute Resolution: Which Method is Best for Your Client,” “Know Your Legal Rights,” and “Tips for the Franchisee in Pursuit of the American Dream.” He has authored and been quoted in a multitude of magazine and newspaper articles and videos and has appeared on several radio and television programs, throughout the United States and internationally, in order to provide professional commentary on a variety of business issues and trends in general, as well as on specific legal cases which the firm has handled in which the rulings have served as important legal precedents for the franchise community. Robert

Zarco graduated from Harvard University with a Bachelor’s degree in Economics. He further developed his extensive background in business, accounting and finance during his employment at General Motors Corp in New York as a management level Financial Analyst, while simultaneously attending Pace University Graduate School of Business MBA Finance program in New York. Zarco developed a great curiosity for the Law and ultimately graduated from the University of Miami School of Law. Mr. Zarco is admitted to practice before the U.S. Supreme Court, the Florida Supreme Court, the U.S. District Court for the Southern District of Florida, the U.S. District Court for the District of Arizona, U.S. Court of Appeals for the Eleventh Judicial Circuit and federal courts in many other jurisdictions on a special appearance basis, just to name a few.

With Zarco as Founder and Senior partner, the firm has earned significant victories for clients, and has established legal precedents which have paved the way for courts to understand the complexities of the franchise relationship in particular. Zarco Einhorn Salkowski & Brito, P.A. has been repeatedly in the forefront of important franchise law issues, such as encroachment/cannibalization, breach of the implied covenant of good faith and fair dealing, fraud in the inducement, fraudulent concealment, and breach of contract, in addition to statutory violations of state and federal franchise laws.

Fluent in the Spanish language, Robert was born in Cuba and came to New York with his parents in 1961 at the age of 2, fleeing Communism and leaving all material possessions behind. The sacrifices of his parents combined with Robert’s personal drive, determination, and hard work led him to great achievements. Beginning at the age of 7 as an entrepreneur in the landscape business, he converted his substantial earnings into a real estate investment to buy his first rental property as a college freshman. As a Community Leader and Philanthropist, Zarco has served on the Board of Trustees for the Public Health Trust/Jackson Health System, as well as in the University of Maryland Board of Trustees. He supports many charitable causes that are dear to his heart such as The Jewish Federation, AIPAC, Rambam Hospital in Israel, Israel Bonds, and Temple Menorah among many others. Robert is an avid yachtsman who loves the outdoors, boating, and being out in the open water; he is also an amateur Chef, hosting par