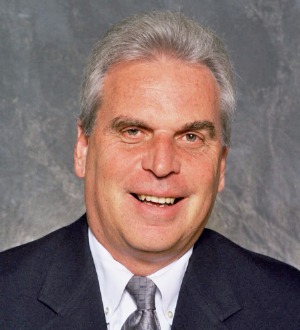 Navigate to map location for Nicholas E. Christin Visit the website for Nicholas E. Christin at https://www.wickersmith.com/attorneys/nicholas-e-christin/
Your comment has been submitted!
We have encountered an error and are unable to process your comment at this time. Please refresh the page and try again later.
Add Comment
In making your comments, please do not refer to a pending legal matter.
Share My Profile
Post on Social

Nicholas E. Christin joined Wicker Smith in 1997 and is a Managing Partner in the Miami office. He maintains a general commercial practice with an emphasis on estate planning, estate administration, probate litigation and the representation of professionals and other individuals in their professional practices and business entities.

Over the course of his 30+ year career, Mr. Christin has handled estate planning and estate administration and its related tax matters and probate litigation for several high profile cases. Most notably, he handled the administration of the Rebozo estate and litigation that occurred between the Rebozo Trust and the Nixon Library, as well as the Estate of Gregory H. Hemingway, who was the son of Earnest Hemingway.

An AV® Preeminent™ rated attorney by Martindale-Hubbell, Mr. Christin is the recipient of numerous awards and commendations. In a 1999 national survey on Trust and Estate attorneys by Bloomberg Personal Finance magazine, Mr. Christin was only one of two lawyers in South Florida mentioned and the only one in Miami. In 2005 and 2006, he was listed among Florida’s “Legal Elite” by Florida Trend magazine and named Florida Super Lawyers in estate planning and probate from 2006 to 2016. He was named a “Top Lawyer” from 2011 to 2015 by the South Florida Legal Guide and among the “Best Lawyers in America” from 2008 to 2017 including two categories in 2012, Trusts & Estate Litigation and Trusts & Estate.

Mr. Christin has a Bachelor of Business Administration (1970), a Masters of Science (1971), a Juris Doctor (1974), and a Masters of Law in Estate Planning (1978) from the University of Miami. He is admitted to the Florida Bar and the U.S. District Court for the Southern District of Florida. He is an active member of the American, Florida and Miami-Dade County Bar Associations, and the Florida and American Institute of Certified Public Accountants. He is also a Florida certified public accountant.

11 The Best Lawyers in America® awards