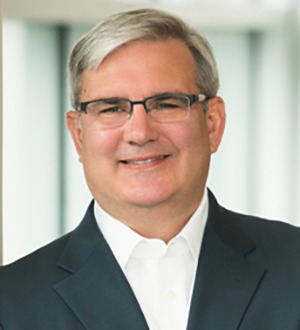 Mitchell Zuklie serves as the global Chairman and Chief Executive Officer of Orrick.

Lawdragon recognizes Mitch as "one of the nation's top tech dealmakers and advisors." He is described by Chambers as a "terrific all-around lawyer" known for "common sense and business judgment." Daily Journal named him to its lists of Top Emerging Companies Lawyers and Top Clean Tech Lawyers.

During Mitch's tenure as Orrick's chairman and CEO, the firm has pursued a strategy of leadership in the global Technology, Energy & Infrastructure and Finance sectors. The firm entered new markets in Houston, Geneva and Africa. The firm has also innovated in advancing women and diverse lawyers and adapting its model to appeal to top Millennial talent.

Mitch serves on the Board of the Berkeley Center for Law, Business and the Economy and on the Advisory Board of the Stanford Law School Center on the Legal Profession. Mitch also created Orrick's Women's Advisory Board, which is comprised of the senior executives from several leading public and private companies. Before joining Orrick, he was a Director at Venture Law Group.

92 The Best Lawyers in America® awards

69 Best Lawyers: Ones to Watch in America awards