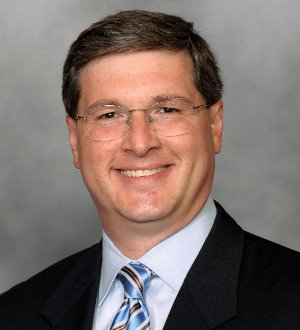 Michael J. Angelides is a shareholder at Simmons Hanly Conroy and focuses his practice on asbestos litigation. He previously served as the firm’s managing shareholder.

Mike’s litigation track record includes growing the firm’s reputation as a national leader in asbestos litigation, representing victims of mesothelioma against some of the largest companies in the nation.

As a leader in asbestos litigation, Mike has presented at both of the profession’s leading asbestos litigation conferences, Mealey’s and PALS. He has seen the firm expand from 7 to almost 80 attorneys and grown to accept more asbestos cases on an annual basis than any other firm in the country. Yet, through a proven business method, those cases receive dedicated individual attention unavailable at most firms.

“I’m proud of the fact that no one helps as many mesothelioma victims as the firm does on an annual basis,” Mike said.

He has also been instrumental in the growth of the firm’s pharmaceutical injury and complex litigation practices. Firm attorneys have been appointed to leadership in numerous multidistrict litigations, including Prescription Opiates, Vioxx, Toyota Unintended Acceleration, BP Deepwater Horizon Oil Spill, DePuy Pinnacle and the Volkswagen Emission Scandal. The firm’s pharmaceutical attorneys have recovered millions of dollars on behalf of consumers throughout the country who were injured due to dangerous drugs and defective medical devices.

Mike does not stop fighting for the firm’s clients when they leave the courtroom. He is a passionate advocate for worker and consumer rights. “I’ve learned that many large companies will stop at nothing to cover up their wrongdoings and avoid taking responsibility for their actions,” Mike said.

Mike levies the firm’s resources to benefit leading mesothelioma nonprofits, such as the Mesothelioma Applied Research Foundation, the Asbestos Disease Awareness Organization, and Miles for Meso 5K Races. These groups work toward improving public awareness about the dangers of asbestos, advocating for legislation that would totally ban this dangerous dust and raising research funds to help find a mesothelioma cure.

Since 2010, the firm has donated $10 million through the firm’s charitable foundations that are dedicated to working with mesothelioma medical experts, researchers, hospitals and universities with the hope of hastening a cure.

“It is our hope that someday we won’t have any more clients diagnosed with mesothelioma or asbestos-related diseases because doctors will have found a cure for these rare and preventable diseases,” he said. “Until that day arrives, we will continue to provide our clients with compassionate legal care."

After graduating with honors from Kenyon College in Ohio, Mike enrolled in St. Louis University’s Law School. After law school, he worked for Judge Paul J. Simon on the Missouri Court of Appeals, Eastern District of Missouri. It was here he realized he wanted to be the kind of lawyer who made a difference in the lives of individuals and families. That meant becoming a plaintiff’s attorney.

“I always liked representing the underdog,” Mike said. “This kind of work, fighting against people who had wronged someone else in some way, seemed the most satisfying and enjoyable.

”In 2001, Mike left his private practice to become the firm’s seventh asbestos attorney, and in 2009, he became a member of the firm’s leadership committee.

In 2010, Mike was recognized by the St. Louis Business Journal as one of St. Louis’s 40 Under 40. The award honors 40 early achievers based on achievements in the awardees’ careers and work in the St. Louis community. He also has an AV rating from Martindale-Hubbell. An AV rating, which identifies a lawyer with very high to preeminent legal ability, is a prestigious peer-reviewed analysis of Mike’s expertise, experience, integrity and overall professional excellence.

In 2018, The Missouri Lawyers Weekly named Mike as one of its “Law Firm Leaders,” an award that recognizes managing partners or law firm executives who demonstrate extraordinary vision, innovation and leadership.

From 2014-2022, Mike was named one of the Best Lawyers in America in the area of Plaintiffs’ Personal Injury Litigation by Best Lawyers. He was also named an Illinois Super Lawyer by Super Lawyers from 2016-2022.

24 The Best Lawyers in America® awards

9 Best Lawyers: Ones to Watch in America awards