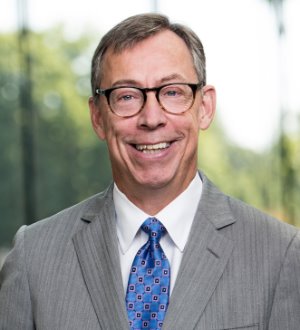 Kevin Holewinski is a trial lawyer with 30 years of experience in litigating high-stakes environmental enforcement, climate change, and bankruptcy matters throughout the United States. Before joining Jones Day, he served as a trial lawyer at the U.S. Department of Justice for seven years, where he tried many cases in a variety of substantive areas, including environmental law, in courts in Alabama, Mississippi, Indiana, Illinois, Virginia, Washington, and the District of Columbia. During his tenure at the Department of Justice, Kevin received several awards for his trial work from both the Attorney General and the Environmental Protection Agency (EPA). Kevin is the leader of Jones Day's Environmental, Health and Safety Practice.

Kevin has successfully represented manufacturing, utility, chemical, oil and gas, and other industry clients in multimillion dollar civil enforcement and public nuisance actions, OSHA, DOJ and State Department criminal investigations, toxic tort litigation, and contractual indemnification disputes. He has extensive experience in air and groundwater contamination issues, human and ecological risk assessment, the science of climate change, as well as in the pursuit of "takings" and other claims against the United States. Kevin is currently representing an auto manufacturer in connection with a major Clean Air Act civil enforcement action initiated by the DOJ as well as in the parallel criminal investigation.

Kevin frequently provides commentary to the major print and television media on a wide range of environmental litigation issues, including climate change and federal and state government enforcement efforts.

282 The Best Lawyers in America® awards

110 Best Lawyers: Ones to Watch in America awards