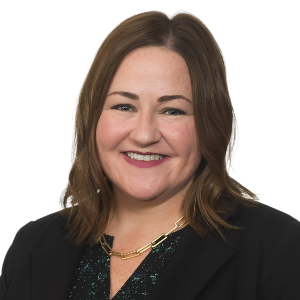 Ms. Bridges is listed in The Best Lawyers in America® for Mass Tort Litigation/Class Actions Plaintiffs. She was named was named the Best Lawyers’ 2018 St. Louis Mass Tort Litigation/Class Actions - Plaintiffs “Lawyer of the Year.” She was also named a Rising Star in 2017, 2016 and 2015 by Missouri & Kansas Super Lawyers magazine and a 2012 "Up and Coming Lawyer" by Missouri Lawyers Weekly.

She was the 2008 recipient of the "Leader of Tomorrow Award" at the St. Louis Daily Record Women's Justice Awards. Ms. Bridges has volunteered with the Habitat for Humanity Saint Louis, and the International Institute of Saint Louis, serving as a citizenship literacy tutor for that organization.

Ms. Bridges was admitted to The Missouri Bar in 2008. Her primary practice is in the areas of complex business and commercial litigation as well as consumer and class action litigation.

11 The Best Lawyers in America® awards