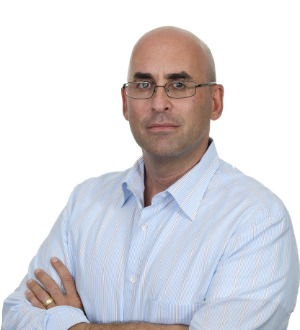 Navigate to map location for Jonathan D. Selbin Visit the website for Jonathan D. Selbin at http://www.lieffcabraser.com/Attorneys/Jonathan-D-Selbin.shtml
Your comment has been submitted!
We have encountered an error and are unable to process your comment at this time. Please refresh the page and try again later.
Add Comment
In making your comments, please do not refer to a pending legal matter.
Share My Profile
Post on Social

One of the Nation’s Leading Lawyers for Consumers and Homeowners

The chair of Lieff Cabraser’s Economic Injury Product Defect Practice Group and member of the firm’s Executive Committee, Jonathan D. Selbin litigates consumer protection and defective products class action lawsuits against many of the nation’s most prominent corporations. This work has led to countless victories and numerous accolades, including most recently a 2016 Distinguished Service Award from the American Association for Justice. He has argued and obtained favorable appellate opinions in multiple Courts of Appeal, including in the Fifth, Sixth, Seventh and Ninth Circuits. His work on behalf of consumers was featured in a September 2014 Forbes article as well as a March 2016 National Law Journal article.

Jonathan spearheaded a series of groundbreaking class actions under the Telephone Consumer Protection Act (“TCPA”) which have transformed the debt collection industry. Leading the Lieff Cabraser team, Jonathan developed and implemented the legal strategy responsible for the largest settlements in the history of the TCPA. In 2015, Lieff Cabraser and co-counsel achieved final approval for two of the largest settlements in the 25-year history of the TCPA: a $75,455,098.74 settlement with Capital One and several of its vendors (In re Capital One Telephone Consumer Protection Act Litigation, Master Docket No. 1:12-cv-10064 (N.D. Ill.)), and a $39,975,000 settlement with HSBC (Wilkins v. HSBC Bank Nev., N.A., Case No. 14-cv-190 (N.D. Ill.)). In 2015 alone, Lieff Cabraser’s settlements in TCPA cases collectively resulted in the recovery by consumers across America of over $130 million. By 2018, that number had risen to over $280 million. More importantly, Jonathan’s work on these cases has put a stop to millions of harassing calls by debt collectors. The practice changes secured by Jonathan, his team, and their co-counsel have ended harassing debt collection calls to tens of millions of customers and non-customers at many of the nation’s largest financial services providers.

With Professor Samuel Issacharoff, Jonathan was the primary author of the certiorari opposition papers in the Whirlpool and Sears cases in the United States Supreme Court, which ultimately resulted in a denial of certiorari.

Together, cases in which Jonathan has played a lead role have resulted in court-approved class action settlements with a combined total recovery for class members exceeding $3.0 billion in cash, plus other relief, such as extended and enhanced warranties.

In 2017, Jonathan and his family founded the Selbin Voting Rights Fellowship at Equal Justice Works, funding a two year fellow working to ensure fair access to voting in North Carolina.

28 The Best Lawyers in America® awards