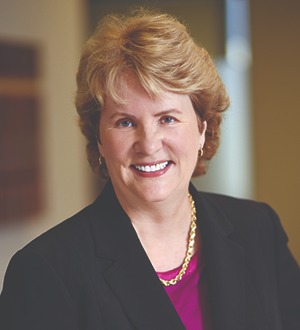 Jennifer is one of America’s most successful trial attorneys. She represents both plaintiffs and defendants in a broad range of high-stakes commercial litigation and white collar cases. Chambers USA and Chambers Global rank her among the top commercial litigators in the nation, quoting sources who describe Jennifer as “widely regarded as one of the best trial lawyers in California.” “She has uncanny instincts, a wonderful courtroom demeanor and she’s an extremely clear and effective communicator,” and “is absolutely unflappable in court and builds a strong rapport and credibility with judges and decision makers.” She is a Fellow of the invitation-only American College of Trial Lawyers, considered to be among the highest honors a North American trial attorney can receive. The Legal 500, among the most prestigious international legal directories, recommends Jennifer as one of just 63 “leading trial lawyers” in the entire United States. Jennifer is also a 2018 inductee into the California Lawyers Association Trial Lawyer Hall of Fame, one of only 35 attorneys so honored throughout the years. Benchmark Litigation lists her as one of the “Top 100 Trial Attorneys in America” and among the “Top 20 Trial Lawyers in California,” calling her a “National Litigation Star.” In 2020 and in 2021, Super Lawyers ranked Jennifer #1 in Southern California. “Revered for her versatility and ease in front of a jury … the go-to trial attorney for difficult cases” is how Jennifer is described by The Los Angeles and San Francisco Daily Journals, ranking her as a “Top 100 Lawyer in California” for over 10 years in a row. In three separate years (2019, 2018 and 2012), in starkly different subjects, Jennifer’s trial victories have led to California Lawyer Magazine Attorneys of the Year (CLAY) awards for extraordinary achievements in litigation.

Jennifer made a last-minute entrance as lead counsel for MGA Entertainment in the 2011 retrial of Mattel v. MGA, the epic doll battle popularly known as “Barbie v. Bratz.” Coming into the four-month jury trial just twelve days before jury selection, Jennifer captained MGA to a win Reuters called “an astonishing loss” for Mattel and the L.A. Times deemed “a stunning reversal of fortune” for MGA. The jury found Mattel had no rights to the Bratz doll line and awarded MGA $85 million in damages for theft of its own trade secrets, to which the judge added $85 million in punitive damages. (While the damages judgment was reversed on appeal, MGA’s $139 million attorneys’ fee award stands.)

Just two years earlier Jennifer won California’s largest business jury verdict of 2009 with $350 million awarded to her venture capitalist client in Auerbach v. Daily. Recently she represented Standard & Poors in United States v. The McGraw-Hill Companies, the government’s civil suit claiming S&P inflated the value of certain mortgage-backed securities. Jennifer was selected as one of S&P’s three trial attorneys. The case settled in 2015 for over $1 billion, which was less than one-fifth of what the government had been demanding.

In 2018 Jennifer won two landmark jury verdicts in different areas, each of which was named a “Top Defense Verdict” by the Los Angeles and San Francisco Daily Journals. For one of them, Yellowstone Women’s First Step House v. Costa Mesa, Jennifer won her third CLAY Award (California Lawyer Magazine Attorneys of the Year). In the other, Chavez et al cv. MassMutual Life Insurance Co., she also won a CVN “Top Verdicts” award. In 2017 Jennifer as co-lead counsel got a not guilty verdict for her developer client Jeffrey Burum after nine months of jury trial in what the California Attorney General called “the largest corruption case in the history of San Bernardino, and possibly California.” The jury was out a little more than two hours before acquitting Mr. Burum of all charges.

Jennifer is listed annually in “The Best Lawyers in America®” and is among the Lawdragon 500 Leading Lawyers in America. Jennifer is a fellow of the Litigation Counsel of America, an invitation-only organization limited to the top one-half of one percent of the nation’s attorneys.

Jennifer is also active in the community. She is the former President of the Orange County Bar Association and served for many years as a Trustee of Chapman University. She counts as present and former clients judges, public officials, law enforcement officers, CEOs, CFOs, lawyers, physicians, professional athletes, entertainment industry executives, actors, venture capitalists and entrepreneurs. Jennifer’s past and present institutional clients have included Fortune 100 corporations, other publicly-traded corporations, and large privately-held companies.

Jennifer L. Keller of Keller/Anderle LLP is one of America's most successful trial attorneys. With a career built on representing General Counsel and Fortune 500/1000 companies in high-stakes commercial litigation and white collar cases, she is widely regarded as one of the best trial lawyers in California.