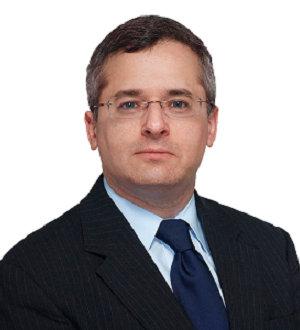 Jason Zuckerman litigates whistleblower retaliation, qui tam, wrongful discharge, discrimination, non-compete, and other employment-related claims, and authors the Whistleblower Protection Law Blog. His broad experience includes practicing employment law at a national law firm, serving as a Principal at The Employment Law Group, and serving as Senior Legal Advisor to the Special Counsel at the U.S. Office of Special Counsel, the federal agency charged with protecting whistleblowers in the federal government. In 2012, the Secretary of Labor appointed Zuckerman to serve on the Whistleblower Protection Advisory Committee, which makes recommendations to the Secretary of Labor to improve OSHA’s administration of federal whistleblower protections.

Zuckerman is rated 10 out of 10 by Avvo, based largely on client reviews, and rated AV Preeminent® by Martindale-Hubbell based on peer reviews. He was recognized by Washingtonian magazine as a “Top Whistleblower Lawyer” in 2007 and 2009, selected by his peers to be included in The Best Lawyers in America® in the category of employment law (2011-2014), and selected by his peers to be listed in SuperLawyers (2012 and 2015) in the category of labor and employment law. He has lectured extensively on whistleblower law and employment law, especially on Dodd-Frank, Sarbanes-Oxley and False Claims Act actions, and has written several articles on whistleblower protections. Zuckerman co-authored a chapter on litigating whistleblower cases for Whistleblowing: The Law of Retaliatory Discharge, drafted a chapter on the D.C. Whistleblower Protection Act for the D.C. Practice Manual, and is a contributing author of International Handbook on Whistleblowing Research. For nearly a decade, Zuckerman has been a contributing author to an annual update on the whistleblower protection provisions of the Sarbanes-Oxley Act published by the ABA Fair Labor Standards Legislation Committee. Zuckerman’s articles have been cited in various treatises and in a federal court opinion on the scope of Sarbanes-Oxley whistleblower protection. Zuckerman has trained administrative law judges, agency EEO directors, senior OIG officials and delegations from more than 30 countries on federal whistleblower protections.

"In litigating whistleblower retaliation claims, we have found that poorly conducted internal investigations can be extraordinarily helpful to plaintiffs and harmful to employers."