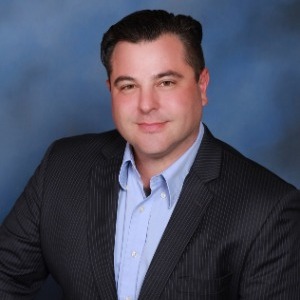 Craig Rosenstein is the founder and owner of Rosenstein Law Group, now open since 2007 in Scottsdale, Arizona. After graduating from Arizona State University College of Law, Craig practiced criminal law. He then opened the Rosenstein Law Group, PLLC, with the first attorney he hired being his then-fiancé' (now wife) of over ten years. Rosenstein Law Group is a full-service criminal defense firm that provides the defense to those accused of all types of charges, with the firm also having a strong focus in defense of the accused impaired driver. Craig is ready to discuss your case with, schedule a free consultation by calling (480) 248-7666 or online here www.scottsdale-duilawyer.com

Craig is one of the only two Board Certified in DUI Defense attorneys in Maricopa County, and one of the only four in the state of Arizona. He is licensed to practice law in Arizona and the U.S. Federal District Court in Arizona. He is a leader in the criminal defense legal community here in Arizona. He has spoken at national and statewide conferences sharing his knowledge, skills, and creative practices on trial and defense strategies.

Craig has been on the Board of the Arizona Attorneys for Criminal Justice (AACJ) from 2014-present and its elected President in 2018. He works tirelessly on pushing forward the agenda of improving the criminal justice system. Craig's efforts include drafting legislation that seeks to reform criminal justice in Arizona and advocating against unconstitutional bills. Most recently, his office was single handily been responsible for a bill signed by the Governor and passed into law. Craig is a board member for the Arizona Justice (Innocence) Project while also being an active member of various professional organizations, including the National College for DUI Defense (NCDD), The National Association of Criminal Defense Lawyers (NACDL). He is also the founding member of the DUI Defense Lawyers Association (DUIDLA). Recently Craig held an appointed position as the sole private defense attorney on the DUI Case Processing Workgroup. A group hosted by the Arizona Supreme Court with stakeholders including Judges, Justices of the Peace, Law enforcement, and many Prosecutors. The goal was to discuss and offer suggestions on reform for how DUI cases are processed in Court. Craig was a proud advocate in a hostile room for the rights of those accused of DUI and was responsible for stopping many reforms that would have further eroded the rights of criminal defendants.

Craig Rosenstein's Areas of Practice Include:

Rosenstein Law Group is now offering a quick & easy remote consultation process by phone or video with one of our attorneys. In addition to providing clients the option of meeting virtually, socially distant in-person office appointments are available. Don't wait, speak with a dedicated lawyer ready to secure the best possible outcome in your case today by calling (480) 248-7666 or contact Craig online at www.scottsdale-duilawyer.com 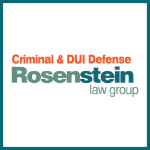