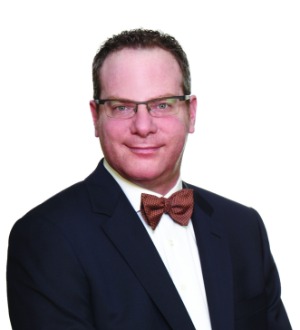 Send Brian N. Radnoff an email at bradnoff@dickinsonwright.com Navigate to map location for Brian N. Radnoff Visit the website for Brian N. Radnoff at https://www.dickinson-wright.com/our-people/brian-n-radnoff See Brian N. Radnoff on LinkedIn at https://www.linkedin.com/in/brian-radnoff-1b162715?authType=NAME_SEARCH&authToken=0F2x&locale=en_US&trk=tyah&trkInfo=clickedVertical:mynetwork%2CclickedEntityId:52308565%2CauthType:NAME_SEARCH%2Cidx:1-1-1%2CtarId:1471618434134%2Ctas:Brian
Your comment has been submitted!
We have encountered an error and are unable to process your comment at this time. Please refresh the page and try again later.
Add Comment
In making your comments, please do not refer to a pending legal matter.
Share My Profile
Post on Social

Brian N. Radnoff is a partner at Lerners LLP in Toronto, in its Commercial Litigation Group. He is the practice group leader of the Appellate Practice Group.

Mr. Radnoff is knowledgeable about e-discovery issues as he has worked on several large files requiring preservation and production of significant amounts of electronic information. He is co-chair of his firm’s e-discovery committee.

Mr. Radnoff has been published on various litigation issues. He is also adjunct faculty at the University of Toronto Law School as the Coordinator of the Upper-Year Moot Program.

Mr. Radnoff is a member of the Advocates' Society, the Canadian and Ontario Bar Associations, and the law societies of Upper Canada and British Columbia. Despite a busy practice, Mr. Radnoff finds time to be a culinary artisan and an arts enthusiast.

Foreign Litigants in Ontario Proceedings, May 29, 2012

Judge's background not only factor in approach to law (Oct 2nd, 2013)

A good time to be a plaintiff - Supreme Court of Canada rulings in 2013 open the door for more class action certifications (Feb 19th, 2014)

Appeals a chance for SCC to consider availability of summary judgment (Jul 19th, 2012)

Can a hyperlink be defamatory?

Don't Lose Your Cool: A Practical Guide To Civility

Seven suggestions on how to deal with confrontational situations.