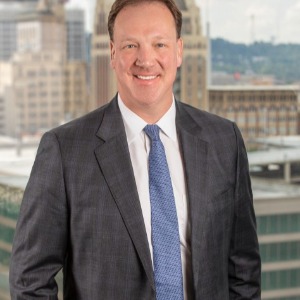 Brett Turnbull has embraced the philosophy of keeping clients first in distinguishing himself as a leading trial lawyer. He is nationally recognized for obtaining top-dollar jury verdicts and settlements on behalf of clients killed or injured by the negligent and wrongful actions of others. When Brett goes before a jury, he realizes he has one job: to get justice for his clients by proving their claims and guiding the jury to award a fair and reasonable verdict.

Beyond the verdicts, Brett takes pride in the people he helps. “The thing that I enjoy most about my job is that I get to take up the part of the underdog and stand up for those who have been wronged,” he says. “There is more to this job than just money, and that feels good.”

Respect for individuals and for the justice system led Brett, a graduate of the University of Alabama, to pursue legal studies at Cumberland School of Law. There, he discovered his true passion: trial law. As a class leader, Brett won national recognition for his trial advocacy skills. That leadership track continued throughout Brett’s legal career. Today, he gives back to his profession by serving in leadership positions with the Alabama Association for Justice, Alabama State Bar, American Association for Justice, and Southern Trial Lawyers Association.

In addition to his successful law practice, Brett is a founding member and instructor of Trial Structure and co-founder of the National Brain Injury Lawyer organization. He has been featured on Courtroom View Network, named a Super Lawyer for almost a decade running, listed in the Top 40 Under 40, and is regarded as one of the top up-and-coming trial lawyers in the United States.