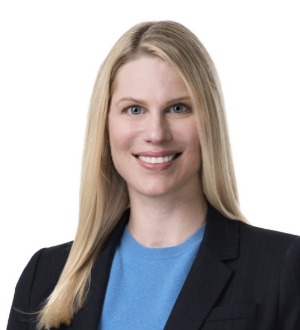 Navigate to map location for Annika Martin Visit the website for Annika Martin at https://www.lieffcabraser.com/attorneys/annika-k-martin/
Your comment has been submitted!
We have encountered an error and are unable to process your comment at this time. Please refresh the page and try again later.
Add Comment
In making your comments, please do not refer to a pending legal matter.
Share My Profile
Post on Social

Annika K. Martin is a partner in the firm’s New York office and head of the firm’s Sexual Abuse Survivors Practice Group. She has represented plaintiffs since 2005 in environmental, mass tort, consumer protection, and sexual abuse cases.

In May 2020, Annika was appointed Interim Class Counsel for the plaintiffs in the University of Michigan / Dr. Robert E. Anderson sexual abuse litigation pending before Judge Victoria A. Roberts in the United States District Court for the Eastern District of Michigan.

Annika also serves as court-appointed Co-Lead Class Counsel representing women who were sexually abused by gynecologist George Tyndall, M.D., in a class action against Tyndall and the University of Southern California. Plaintiffs and class members are women who saw Tyndall at the USC Student Health Clinic during his tenure there. From 1989 through 2016, Tyndall was the only full-time gynecologist on staff at USC’s Student Health Clinic. The lawsuit alleges Tyndall used this position of trust and authority to repeatedly sexually abuse the Plaintiffs and potentially thousands of other class members, and that despite that USC received numerous complaints of Tyndall’s sexually abusive behavior, dating back to at least the year 2000, USC actively and deliberately concealed Tyndall’s sexual abuse for years, continuing to grant Tyndall unfettered sexual access to the female USC students in his care.

This case is of particular importance to Annika because she herself is an alumnus of USC’s law school. On behalf of Tyndall’s victims, Annika helped negotiate a $215 million settlement with USC and Dr. Tyndall; the settlement also requires USC to make sweeping institutional changes to ensure something like this never happens again on campus. The settlement received final approval from the court in February 2020. See https://www.usctyndallsettlement.com/.

Annika represents clients in a federal sexual assault class action lawsuit in Denver against Frontier Inc. alleging the airline failed to have and follow policies to prevent, report, and respond to sexual assaults of passengers on its flights. Similarly, Annika represents women who were sexually assaulted and harassed by obstetrician/gynecologist Patrick Sutton, M.D., in a class action against Sutton and Huntington Memorial Hospital in Pasedena, California.

Annika also represents two former students in their lawsuits against The Hotchkiss School. John Doe’s suit alleges that, during his two years at the Hotchkiss School in the 1980s, John Doe was subjected to ritual hazing of a sexual nature by older student-proctors and was raped by a male teacher who was known to the School as a pedophile who had abused numerous other male students at the School. Richard Roe’s suit alleges that, during Roe’s time as a student at the School in the 1990s, that same male teacher groomed and sexually assaulted Roe in much the same way as he had Doe.

Annika represents consumers in class action lawsuits filed in federal courts in California and Georgia against Mercedes-Benz USA and Daimler AG over allegations that defects in the vehicle HVAC systems lead to the growth of noxious mold that spews extremely unpleasant odors throughout the vehicles during use. The lawsuit seeks an effective permanent fix for the problem, as well as monetary damages for affected Mercedes-Benz owners and lessees. Watch a report from WSB-TV in Atlanta, Georgia on the Mercedes-Benz AC Mold litigation.

Annika’s previous successes include the class action litigation against BP, Transocean, Halliburton, and the other companies responsible for the Deepwater Horizon oil rig blowout in the Gulf of Mexico and the worst oil spill in U.S. history. Among other significant roles, Annika was a key member of the small team that negotiated settlements that have paid out over $11.6 billion so far to compensate individuals and businesses across the Gulf Coast harmed by the Spill.

Annika’s published works include “Stick a Toothbrush Down Your Throat: An Analysis of the Potential Liability of Pro-Eating Disorder Websites,” Texas Journal of Women & the Law, Volume 14 Issue 2, Spring 2005 and “How to Stop Worrying and Love Predictive Coding,” Trial Magazine, January 2016.An active member of the legal community, Annika is the immediate past Chair of the Class Action Litigation Group within the American Association for Justice. Annika serves on the Leadership Council for the Sedona Conference’s Working Group 1 (Electronic Discovery Retention and Production), and co-founded the Complex Litigation E-Discovery Forum, an annual e-discovery conference for plaintiffs-side complex litigation practitioners. Annika speaks and writes regularly on issues of class actions, mass torts, e-discovery, and diversity in legal practice.In 2018, Annika won a Certificate of Recognition from the American Association for Justice. The rarely-given award acknowledges AAJ members who have made important and unique contributions to the organization through membership, education, leadership, and/or fundraising to sustain and strengthen the AAJ.

28 The Best Lawyers in America® awards