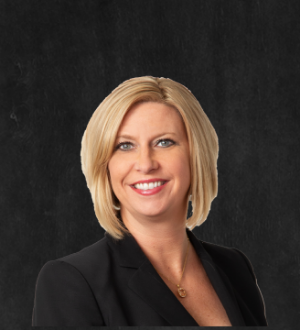 Angela was born and raised in Minnesota and pursued her college and legal education in the neighboring state of Wisconsin. After graduation from Marquette University Law School, she practiced in Milwaukee, Wisconsin for more than seven years and established herself as an accomplished trial attorney with exceptional conflict resolution skills. Angela gravitated to personal injury and medical malpractice law as it was a natural fit for her as an advocate for the underdog. She has practiced plaintiff’s personal injury law since the year 2000 and became licensed in Colorado in 2007 where she continued to work as a Plaintiffs personal injury and medical malpractice attorney through present date.

Angela’s distinguished credentials include being ranked by her peers as one of The Best Lawyers in America® from 2018 to present, and in 2021 she was named as “Lawyer of the Year” by Best Lawyers® for Personal Injury Litigation – Plaintiffs, meaning she received the top number of votes from her nominating peers in the industry. Angela has also been a member of the prestigious American Board of Trial Advocates (ABOTA) since 2014, an invitation-only membership for trial lawyers that is extended based on personal character and honorable reputation. She currently serves as Treasurer for the Colorado Chapter of ABOTA and will serve as its President in coming years. She has also been honored by Super Lawyers®, The National Trial Lawyers® as a Top 40 Under 40 attorney, and Top 100 attorney in the state of Colorado. Angela is licensed to practice in all Colorado state courts and is a member of ABOTA, The Colorado Trial Lawyers Association, the Colorado Bar Association, the Colorado Women’s Bar Association, and the American Association for Justice, and remains actively licensed in Wisconsin. Ms. McGraw has also been peer-reviewed by Martindale Hubbell.

Angela has a knack for seeing the way all the details of a case fit together. She effectively communicates with clients during what might otherwise be an intimidating process. Her representation is defined by an attitude of leaving no stone unturned, tenaciously pursuing all angles of an individual’s case. Angela’s clients feel they are listened to and not just a “settlement” or “claim” to be negotiated.

Angela gravitated to personal injury law as it was a natural fit for her as an advocate for the underdog. She was always drawn to helping professions and is especially passionate about helping children with brain injuries or other significant injuries that result in disabilities. Angela’s volunteer work within the school system is important to her work as an attorney who often fights for increased assistance and accommodations for children with IEPs. She is inspired by her experiences working with those with serious injuries and disabilities, both as an attorney and advocate for her clients, and as a volunteer and member of organizations designed to improve the quality of life for individuals with disabilities.